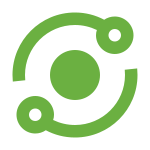 Amphibian and reptile distribution within agricultural landscapes in Europe needs to be addressed to characterise the risk of exposure in the environment. A broad-scale analysis should serve to establish the basis upon which assessment of risks at ecosystem level can be built.

Task 2.2. Spatial behaviour and breeding phenology of amphibians and reptiles in relation to pesticide usage

The probability of an animal being exposed to a pesticide will depend on the overlap between its presence in agricultural fields and period during which pesticide residues appear in those fields. This task will review aspects of amphibian and reptilian spatial behaviour and phenology that influence the susceptibility to exposure, and that could be included as refinement options for realistic exposure characterisation as part of pesticide ERA.

Task 2.4. Estimating indirect effects of pesticides on amphibian and communities

Toxicity characterisation in current ERA is based on direct effects of chemicals. Populations inhabiting pesticide-impacted areas may suffer also from indirect effects such as reduced food availability, removal of vegetation providing refuge or nesting sites, or alteration of the skin microbiome that plays immunological roles in amphibians. At the population level, indirect effects might be as relevant as direct toxicity, being their characterisation an issue to be possibly considered in ERA of herpetofauna.